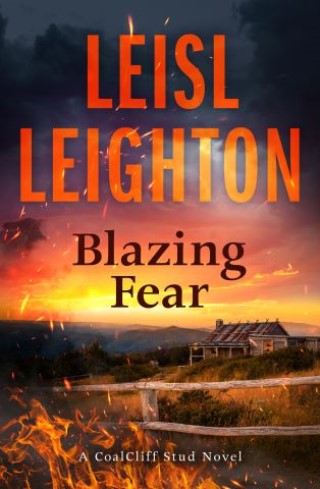 Fire stole his past - now it is threatening to burn everything, and everyone, he loves. All over again...

Flynn Findlay likes everyone to think he's in control, but the death of his wife during the bushfires six years ago changed everything. Now, even though it feels like a betrayal, Flynn can't seem to escape his growing feelings for the beautiful new doctor in town. He's never felt as truly alive as when he is with Prita - even his fear of fire doesn't seem as bad.

Dr Prita Brennan is ready for a fresh start in Wilson's Bend with her adoptive son, far from her overprotective family. It would be perfect, except some of the locals don't like the changes she's making to the practice. One of them is even making harassing calls. The handsome local horse stud owner, Flynn, is a further complication she doesn't need right now.

But when harassment escalates to arson, to save the horse stud and their children, Flynn and Prita must work together to figure out who is after her - and why they are trying to burn to the ground everything she touches.

Leisl is a tall red head with an overly large imagination. As a child, she identified strongly with Anne of Green Gables. A voracious reader and a born performer, it came as no surprise to anyone when she did a double major in English Literature and Drama for her BA, then went on to a career as an actor, singer and dancer, as well as script writer, stage manager and musical director for cabaret and theatre restaurants (one of which she co-owned and ran for six years).

After starting a family, Leisl stopped performing and instead, began writing the stories that had been plaguing her dreams. Leisl's stories have won and placed in many competitions in Australia and the US, including the STALI, Golden Opportunities, Heart of the West, Linda Howard Award of Excellence, Touch of Magic and many others.

Leisl lives in the leafy suburbs of Melbourne with her two beautiful boys, lovely hubby, overly spunky dogs, Buffy and Skye, and likes to spend time with family and friends. She is addicted to the Syfy channel, and her shelves are full of fantasy and paranormal books and scifi DVDs. She sometimes sings in a choir, has worked as a swim teacher, loves to ski, can talk the hind leg off a donkey and has been President of Romance Writers of Australia from 2014-2017.

To find out more, visit Leisl on her website.